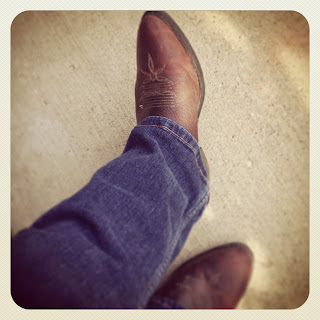 Not everyone likes country music, and I can appreciate that.  I know that plenty of people out there actually will go as far as to say they despise it, that they would rather listen to a crying baby run its fingernails down a chalkboard and operate a leaf blower at the same time, probably the way I personally feel about certain types of music.
But for me, I love country music.  I always have, thanks to my dad and his collection of Willie, Merle, and Johnny, and I always will.
If you’re one of those people who don’t prefer country, I thought I’d clear up a few facts about it:
All country music involves a dying dog.  FALSE.  However, there are a few songs that do mention the passing of a worthy hound, some that will even remind you of Old Yeller and choke you up a bit.
All country music must include something about “mama.”  FALSE.  Although there are plenty of songs that mention somebody’s mama, I can assure you that in country music, being a mama is something to be proud of.  With a few exceptions, mama is always someone you’d want to meet.
All country music sounds all twang-y and whiny.  FALSE.  That twang you hear is just a little bit of soul coming through the microphone, and the so-called whininess is just the true heart of the singer telling his story. Also, partly TRUE.  Non-scientific studies have shown that the larger the brim of the hat, the deeper the twang.  (Not really, I just made that up.)
All country music has a steady rhythm and you could do the Boot Scootin’ Boogie to anything you might hear on the radio.  FALSE.  Please don’t try to line dance to every country song.  You will embarrass yourself and most likely your children.
The truth about country music, or at least why I love it so much, is that those artists are the great storytellers of our time.  From folk to bluegrass to mainstream country, each of the artists does more than just sing a song and strum a few chords.  They share simple emotions that connect with the listener, emotions that they may have felt if they had just lost a dog or hugged a mama.  If you’ve ever been sad, mad, happy, lonely, hurt, in love, cheated on, cheated with, lied, lied to, poor, rich, hitched, divorced, young, old, or stuck somewhere in the middle, country music has a song for you.
And that’s the truth.  Here are a few more:
Country music still has style and class.  TRUE.  How many other types of music will you see where performers still dress up in glamorous dresses and suits and ties?  Seems some recent performers have been choosing to wear the absolute opposite.
Country music is fun to sing along with.  TRUE.  The roots of this music are not based on complicated chords like diminished augmented sevenths.  It serves it’s purpose by giving you something to tap your foot along with and keeps it basic enough so by the end of the song, you’ve got the chorus down pat.  The fancy stuff?  Save that for the steel guitar and honkytonk piano breaks.
Country music makes you proud to be an American, and a hard working one at that.  TRUE.  You’d be hard pressed to find any other music out there that still celebrates the freedom our country has, and even more hard pressed to find music that tells about how we got here.  From the steel mills to the battlefields, the slow strum of an acoustic guitar tells the tales of the everyday American man.
And his mama.
And maybe his dog.
All in all, I admit that sometimes it gets me right in the back of the throat so much that I almost need to tip my hat and cover my eyes before I two-step on to the next song.