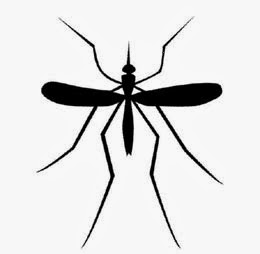 Seasonally speaking, summer is one of my top favorite times of the year.  When the sun first starts shining and the woods and world turn green again, I am at my happiest.  And then comes the second half of summer when I start itching.
When you hang out in the out-of-doors as much as I do, there’s a good chance you also have a stock pile of anti-itch creams, gels, and sprays forever within reach.  If it isn’t poison ivy or some other unidentified plant rash, it’s the ever hated and cursed mosquito, which lately seems has taken over as Ohio’s state bird.
These little irritating things kind of need us to survive.  Male mosquitos pose no threat to us.  The female mosquito needs blood to lay eggs and reproduce, so it’s only the girls that drive us nuts.  She has to sniff around to find the tastiest of bloods to consume, which is why we so diligently attempt to make ourselves super stinky and unappealing to these blood sucking critters.  There are as many recipes for bug repellant as there are bugs, it seems, the most popular being a chemical called DEET, which I think stands for “Don’t Ever Even Taste.”  Effective as it is, there are plenty of studies out there that promise that the chemical does as much harm to us as it does keep away the bugs.  So people turn to other safer options.  There are non-DEET concoctions as well as strong smelling all-natural products that seem to deter humans as well as mosquitos with their nostril-burning aroma.  Eating an abundance to garlic might also help keep humans and insects away, and another so-called repellant idea is to gargle with mouthwash.  (I’m pretty sure this was invented by someone who was married to someone who ate garlic to keep the skeeters at bay.)
My clever uncle swears the best way to avoid mosquito bites is to sucker someone else into eating a ripe banana, the logic being that the poor person will attract them all and he will walk away bite-free.
But in the end, current science debunks all of these old wives tales, and I have the perfect and completely safe solution to beat the skeeters this summer.
Apparently mosquitos are indeed attracted to people with certain attributes.  We all know that one person who gets 1,000 bites while someone else gets three.  There is research to prove it now.  Here’s what they found:
The little ladies are picky in their blood types, and prefer type O blood.  A Japapnese study found that people with type O are twice as likely to be the lucky winners.  And while they will choose most anyone, mosquitos seek out pregnant woman because their skin is more moist and usually just a tad warmer.  Not only that, but they also seem to be attracted the greater exhalation of carbon dioxide in the pregnant woman.
But just because you’re not pregnant doesn’t mean you’re off the hook.  They also seem to prefer people who drink beer and who have smelly feet.  (Can you just imagine the study to figure this out?)
And finally, our blood-sucking female mosquito friends seem to have a thing for dark colored clothing.  The study states that black or red are their favorite colors and if you are wearing light khaki, green, or yellow you are mostly in the clear.
And now, my surefire way to avoid being bit by mosquitos… (Drum roll)…
Put on your favorite yellow outfit and stand next to a pregnant lady wearing all black and a guy with smelly feet drinking beer.
Problem solved, case closed, bite-free.