Sprinting up late to my son’s baseball game, I caught a glimpse of my daughter with-- I’m not going to sugar coat this-- snot dripping down her face.
“I need a tissue,” she said.
“No kidding,” I replied, but I didn’t have one.  I quickly searched my pockets for a scrap of tissue or paper or anything remotely resembling an appropriate tool for cleaning her nose, but found nothing.  So I did what came naturally to me.  I wiped it with my finger, and then wiped my finger on my pants.
A nearby dad said, “And that’s the sign of a true mother,” which I completely shrugged off because wiping a nose is nothing special to me.  I have also licked my thumb and cleaned peanut butter off of their faces even though I swore to heaven and back that I would never repeat that horrific act that my mother did so many times.  I guess it is just part of being a mom. 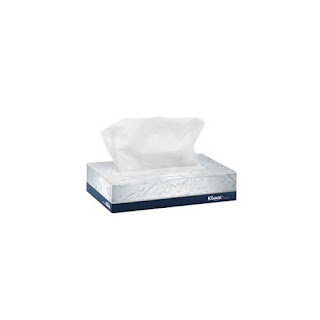 I would have never guessed it, but wiping is actually a huge part of motherhood.  This proclamation should not deter any young women out there considering pursuing this elite profession, because it’s more than you think.  Sure, we wipe a lot.  Noses are just the start of it.  There’s the cheesy stuff that forms behind newborn ears.  We wipe on lotions and creams.  There are the obvious countless diaper changes and potty training adventures.  There are tears of joy and sadness and boo boo’s and dirt and the never-ending task of wiping up the messes they make around the house.  I’ve probably spent more hours wiping than I have sleeping in the last 12 years.
But of course motherhood is more than just wiping, and the list is far too long to even begin naming.  Sixth sense, ability to find lost things, and magical healing skills to name a few.  Thankfully, anyone willing to learn the great talents of motherhood doesn’t have to look very far because anyone who has been a mother to her own children sort of takes on that role for everyone else.  For example, if in a group of people a baby starts crying, do you not see the majority of women rocking back and forth as if calming a child?  An instinct that we can’t deny.
My own mother lives states away.  We talk nearly every day on the phone and see each other as much as possible.  My mother-in-law lives close enough that we cross paths and share meals whenever our busy schedules permit.  I love spending time with my mothers, and really any mothers in general.  I know that we’re all together to take care of each other because deep down inside, that’s what we do best.  For that reason, unbeknownst to them, I have self-adopted dozens of mothers in all sections of my life.  At work, in the neighborhood, at various social settings.  I would be remiss if I didn’t specifically mention the great group of women at our local YMCA who make my mornings better by saying hello and smiling and chatting about this and that.  They have no idea what a big place they fill in my heart.  All of these ladies, I feel, have offered me a sense of trust and security and deep down I honestly feel like if I needed something, they would be there.
So this Mother’s Day, I urge everyone to take a second to notice and recognize the many mothers in your life.  It’s not like you have to get them all a card or take them out to brunch.  You don’t even have to buy them all a designer pack of tissues even though there has never been a more practical gift for a mother.  If you even give them an extra smile or say a kind word or two, they’ll know you care.
Their sixth sense will surely pick up on it.
Columns