Somehow I am subscribed to a parenting magazine’s email list, and a few weeks ago I got an email with the subject of “The World’s Best Parenting Advice.”  Having been a mother for a decent chunk of my adult life, I clicked on the email and found that every single tip was a way for a mother to get out of her job, as a mother.
There were ways to avoid having to rocking a child to sleep.  How to trick them into eating healthy.  The best videos and apps to keep kids occupied.  Other such things that are very valuable I’m sure, but all seemed to be some sort of alternative for putting in the time and effort that it truly takes to be a decent parent.
So that’s why I’m scrapping everything the email said and giving you my own advice.  The best parenting tip I have is to learn how to whistle with your fingers.
I couldn’t always do it, no matter how hard I tried.  It wasn’t until a few months ago that I realized that it was something I needed to learn to be a good parent.  Because good parents don’t yell.  It sounds desperate and exhausting and annoying to everyone else within ear shot.
Good parents don’t yell... good parents whistle.
So there I sat one night when I’m sure I had something much more pressing to do, I said to my husband, “there’s got to be a good online video teaching me how to whistle with my fingers.”  (I have also said the same thing about juggling, which does not have such a success story attached to it.)  Turns out, I was right.  There are about a million videos, and a million different ways to whistle with your fingers, which I now know is called “wolf whistling.” 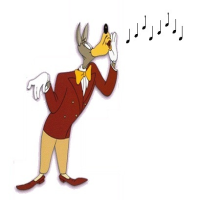 I won’t say it was an instant success, but after sifting through a few methods and covering my laptop and self in shower after shower of spittle and dribble, I heard my first bit of a whistle.  Maybe it’s a beginner’s form, or maybe it’s just what works for me, but the only way I could get a sound is if I used the four-finger method.  Two fingers with each hand making a perfect angle with an impeccably curled tongue, a sharp blast of air, a lot of practice.  That’s all it took for me to obtain the greatest parenting tool I have yet to discover.
My children have become well aware of my new talent, and just like how babies know the sound and smell of their own parents, the distinct sound of my wolf whistle can be detected by my kids above all other sounds.
“Watch this,” I say to a friend as we watch our children running rampant around a playground, not paying attention to any other parents yelling for them that it was time to leave.  I let off a big ol’ wolf whistle.
“Coming, mom!” yells my son, knowing full well it was me calling him, and that my whistle meant business.
“It’s like magic,” I told her.  “I whistle them in for dinner from all the way down the street and I don’t have to look like the pathetic parent standing there shouting and straining my vocal cords.”
“I have always wanted to be able to do that,” she answered.
“It’s only an online video away,” I told her.  “Just hunker down with clean fingers, a bib, and a computer.”
And with that, I passed on some of the greatest parenting wisdom on Earth that will sadly never reach the eyes of email readers around the country but will definitely reach the ears of my children.  Even when I don’t think they are paying attention.