Shower the people you love with plastic bowls


I will never forget the moment I first held the gun in my hand.  The little scanner gun at the department store, of course.  With my fiancé at my side, we entered the aisles, ready to point, aim, and shoot everything we could possibly need to help us start our life together.  With our wedding shower being planned, we needed to give our family and friends an idea of what they should gift us at the party.
Of all of the items we scanned, there was one such menial gift that meant the world to me.  It was my own set of plastic mixing bowls.  They weren’t fancy by any means, and I think the price tag barely topped five dollars.  They were practical and being a young bride-to-be who had never really lived on her own before, they seemed to encompass all that I wanted to be in my new role as wife and someday mother.  I remember opening that very gift, which was given to me by my grandmother.  I envisioned stirring bread dough and mixing Christmas cookies with my children.  I pictured myself filling it with popcorn on movie night.  I knew exactly which empty cupboard I would store them in, because when you have nothing when you start out, big plastic mixing bowls are pretty important.
And they should be.
The history of wedding showers dates back quite far.  They were given to allow fathers who could not afford their daughter’s dowry to collect gifts of household necessities so that the girl could marry.  Other times in history the showering of gifts happened because the father did not approve of the marriage and would not offer a dowry.  In the United States, urban people started having bridal showers as early as 1890, and by the 1930’s, even rural Americans were catching on to this ancient tradition.
And now, in 2013, couples have taken to requesting presents for their new life together that include things like a hovercraft, a fishbowl toilet, and beer kegs.
In a recent news piece, The Today Show reported that more and more non-traditional things are making their way on to registry lists.  The above mentioned is just a speckling, because I found that the further I watched the news clip, the angrier I got.  Robots?  Food and drink?  Cash?  I dare say that the tradition of wedding showers has gone down the drain. 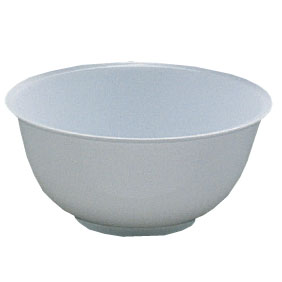 In my mind, I have always thought that the showering of gifts was meant to be to supply the new couple with what they needed, not exorbitant gifts and outrageous whims of fancy.  Most showers these days don’t even touch the bare essentials that I was so tickled with, and I find older brides-to-be requesting gourmet cooking devices and stemware nicer than anything I have ever owned and it just makes me kind of wish I was getting married again because those plastic bowls I have treasured for almost 14 years are getting a little worn out from the years of love and beater marks.
So as we head into this season of weddings and the showers that precede them, I can simply hope that the happy couples remember to keep in mind that a happy marriage is not built on lavish kitchenware and Egyptian cotton towels.  And scanning a robot onto your computerized registry isn’t going to do anything for the good of the world, and that their guests are probably at home wishing they had a tenth of the nice things that will show up on that gift table.  And finally, I hope that anyone who invites me to a wedding shower of their own is ready for a brand new set of plastic mixing bowls.  If they’re lucky, I might just throw in a good cookie recipe and some popcorn kernels.