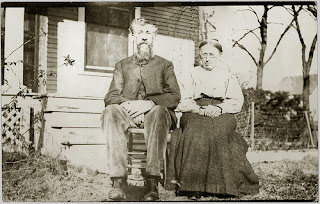 I once read an article that perfectly explained the woman’s brain.  (I’m guessing now that I’ve got the attention of plenty of men.)  So often in my life, while harboring so many tasks and duties in my head that I feel like it is near explosion, I go back to that tidbit of psychological knowledge and feel just a tiny bit better.  There’s just something so comforting about knowing that you’re not alone and understanding why you are the way you are.
Because personally I know that sometimes I feel like a cartoon character with my tongue hanging out and dripping, running so fast that the artist only has to draw my image once when I start, then a giant blur bouncing off all four walls, and then finally again when I crash into one of them and collapse in a heap with little stars and birdies flying in circles above my head.
This particular article clearly depicted a man’s and a woman’s brain by using the analogy of a room with doors around the walls.  Each door was labeled something specific.  “Work.”  “Children.”  “Chores.”  Other such things.
The great difference is the manner in which all of the doors are visited.  Men apparently open only one door at a time, totally immersing themselves in whatever activity their brains tell them to choose.  This explains why my husband can watch his favorite TV show while I run around like the aforementioned drooling cartoon and not even notice.  It also explains why he is unable to put his dirty dishes into the dishwasher and instead sets them directly on the counter, on top of the empty dishwasher.  He simply can’t open that door.  In his brain.  Or the dishwasher.
If you are a woman, you might already guess what our room of doors might look like.  Our set of doors is seemingly larger, especially if we take on the role of mother or homemaker.  My own personal set of doors might rival a fun house at times, with doors labeled things like “work,” “laundry,” “food,” “shopping,” “sewing,” “cleaning up dog barf,” “scrubbing grass stains from my son’s pants,” “forcing the children to bathe,” “instrument practice dictator,” and just a few thousand more.  The distinction with the female door system is that we are mentally unable to close doors.  Or rather, the doors just don’t ever shut themselves.  While I am trying to make dinner, the children need help with homework, someone is yelling for help from the bathroom, and inevitably the phone will ring.  And it’ll be my mother, who is making dinner too, and can’t remember the recipe and will test the hinges on my ol’ memory door which is getting rustier and rustier each long and weary day.
I realize that I am making generic gender generalizations here and that assumptions cause nothing but trouble.  But there is scientific backup.
A study published in the American Sociological Review showed that women are indeed better multitaskers than their male counterparts.   For men and women in similar working situations, women spend an average of 17 hours per week on chores, compared to men’s 10 hours on the same tasks.  (My husband would argue that they are just more efficient.  I would argue otherwise after I finished with the silent treatment.)
The study also mentions that the time that dads doing multiple chores made them feel pleased about it.  The mothers were more likely to be stressed out in the same situations.
I can’t help but wonder if they stopped here to ask me my opinions, but I was conked out in a pile of drool in the corner, and the circling birdies scared them away.