There’s something funny about the holiday season.  While there’s plenty that is “haha-funny” and plenty that is “weird-funny,” mostly it’s just that unexplainable phenomenon of love that transcends us all no matter how we fight it.
Take me, for example.  I had this week’s column mostly written and complete.  It was a long tale about how my husband had to buy the world’s largest pumpkins for our front porch and then decided to leave them there.  To rot.  And be illuminated by the Christmas lights.  I have since donned the sagging, orange orbs with festive Santa hats, and I can only hope that the temperature gets low enough to prolong the life of the biggest one, which has started to ooze itself all over the front steps. 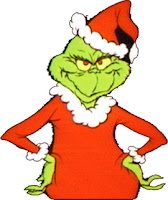 I have also fallen into the horrible trap that is the stress of the holiday season.  I feel like I have so much to do—presents to buy, crafts to make, meals to plan—that there’s no time to focus on the now.  My poor daughter has a December birthday.  She wanted a doll cake, where the skirt of the doll is made of cake and the torso, arms, and head sticks out of the frosting.  With moments to spare before the guests arrived I found myself with Barbie in the vice grips in the garage while I sawed off her legs just above the knee because she was too tall for the cake I had already baked.  (Nevermind that the dog chewed off one of her hands.  I hid that in frosting.)
Not only that, but I found myself maniacal at the stores, weight-forward in my cart and moving at such rapid speeds I should have probably buckled my kid in the little seat.  And I’m not even going to mention the parking lot, the school drop-off line, or how every other family in the world has Rockwell-esque trips to the tree farm with hot cocoa and sleigh rides and chances our we will be in the parking lot of a grocery store a few days before Christmas, pointing at which one has the most needles so they can quickly strap it on the top of the car before they close for the night.
Yes, my holly jolly was getting pretty growly.
But then something happened.
I opened my mailbox today and saw a Christmas card from someone I didn’t know.  Turns out it was a reader of this column who was kind enough to share a holiday greeting knowing that cards are, I sadly find, a dying tradition.  Opening the card and reading it, it was as if my Grinch heart that was three sizes too small started to grow and grow and grow.  What a kind reminder of the spirit of the season, that it’s a most wonderful time to just let others know you are thinking of them.  (Drop-off line included.)
It was with a newly warmed smile on my face that I loaded up my children and whisked off to purchase supplies.  “We need a new tradition!  For no good reason other than that it’s Christmas and I love you guys and someday you’ll thank me for this!”  I spoke in exclamation points for the majority of the night as we stayed up late on a school night to make our first ever batches of hard tack candy, singing songs and remarking how beautiful each colorful piece was.
Someone asked if they could give their teacher one little piece of each flavor.  “Of course,” I said.  “It’s not for us to eat, mostly, it’s for giving.”  And I thought of the woman who sent the card and how I hope to find the time to write her back.
With that their Grinch hearts started to grow too and they listed off all of the people they want to share their candy with, and right there, standing in the kitchen, we had our very own Rockwell-esque moment.
Without a Christmas tree, hot cocoa, or a sleigh ride in sight.