Fed up with drop-off (Adventures in the car lane) 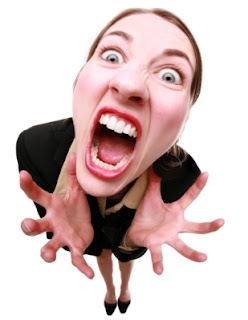 With the weather starting to change for the worse and this being the season of giving and caring about our fellow man, woman, and child, I feel it may finally be time to discuss something that plagues so many of us on a daily basis.  And by “plague,” I really mean irritate, annoy, and drive us to frustration so much that our preschool aged passengers are picking up less-than-pleasant phrases for other drivers.
And it’s not just me.  I know for a fact that this problem is one that happens around the county, as well as the state, the country and probably all over the world.  I’m speaking of the car lane at school.
If you have ever met me for longer than thirty seconds, you’re probably laughing now because the drop-off lane has been my nemesis for years.  I have been known to purposely park my car a block away and walk to pick them up because that’s how long it took me to cool myself down.  Even after years of trudging through snow and rain, I still park and walk instead of going through the drive-through lane.  I can’t handle how adults are teaching their children, who are obviously in the car with them, to have little respect for other drivers and that following rules are absolutely optional.  Does there happen to be a blazing sign meant to direct traffic?  Just ignore it, Junior.

As I see it, school parking lots and pick up lanes are the unspoken traffic jams of our time.  When I’m up early slapping together some PBJ’s for school lunches, my local news keeps me company and they have entire segments dedicated to the flow of traffic to and from downtown areas, where lots of people are trying to get to or from, mostly at all the same time.
Our elementary school is really not much different.  Lots of kids, minimal time, and parents who sit right in front of the door and sign permission slips and check homework while forty five other cars sit at a standstill, unable to even honk because, my goodness, how embarrassing would that be??
If only those morning news casters could give traffic reports about some of the small scale traffic jams that raise the blood pressure of parents everywhere…

“Let’s look at the school traffic report this morning.  It seems there’s a blue minivan that has blocked up a good line of cars by stopping and getting out of the car to open Junior’s door and tie his shoes, fix his hair, and clean the oatmeal off of his face.  Traffic has backed up all the way to the playground.  And at another school, traffic has come to a deadlock because apparently the directions given to parents a zillion times have not been enough and a dark red SUV is attempting to enter from the back alley.  A game of bumper cars may ensue, which will surely result in tardiness and detention slips.  And finally, road rage has erupted in the elementary school lot, completely blocking off traffic.  Women in sweats and slippers are duking it out while their children slink down in the backseat, praying that no one sees them.  Words are flying and an on scene reporter says that bologna sandwiches are being used as weapons. Wait—there’s now report that cheese doodles are being rapidly fired at the women by cars that are staring to drive over the curbs just to escape.  Mass chaos is breaking out and, wow, someone’s got a saxophone!  This area should be avoided at all costs according to the parking lot patrol.  And now, on to the weather…”
If you didn’t chuckle at the aforementioned spoof, you’ve never had the pleasure of dealing with these things on a daily basis.  Either that, or you’re driving the blue minivan, the dark red SUV, or have been seen in your sweats with a saxophone over your head.
Me?  I’ll just take that extra block to cool down and eat my cheese doodles. 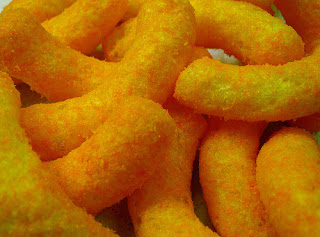