- December 23, 2010
There’s a certain magic of Christmas that isn’t much talked about, mostly because not many take the time to notice. It’s not their fault, though, because this magic is easy to miss because you’re too glazed over with Scotch Tape and curling ribbon.
It starts much earlier in the season, when we first start getting a taste for the holiday ho ho ho’s and we spend every waking moment living in a winter wonderland of cheer and candy canes. Even the stop lights blink in bright red and green; it’s everywhere. We eat, sleep, breathe, and shop Christmas until we have exhausted ourselves.
It’s all pretty much a giant build up to Christmas Eve night when the world is truly glimmering with excitement and anticipation. A last push before the big day finishing odds and ends, or if you’re like some, it’s the day you rush the stores for any last minute gifts, no matter how inappropriate they are. (My parents will remember the year of the potato chip maker, a gift of desperation and unfortunate drug store quality which didn’t matter because as usual, my mom was on some diet.)
The absolute culmination of it all is the last few minutes before bed, when letters are written, cookie plates are made up, milk is poured and carrots are left out. Children everywhere listen to their fathers read “The Night Before Christmas” and then, as they lay nestled snug in their beds, time drags on like you wouldn’t believe. Childhood insomnia attacks every kid who lays there with his eyes squeezed shut, trying to trick his brain into falling asleep, while his ears remain wide open and listening for the slightest and distant jingle bell. It’s nearly impossible to fall asleep, but eventually probable.
The secret magic of the season, however, explodes the very instant every child’s eyes open. There is a mad rush to wake parents who are groggy and trying to ward off the paper-tearing fury until they’ve found the cameras and at least started the coffee. From there it’s a frenzy of happiness: surprises, rewards, thoughtfulness.
And then, right then, time stops. 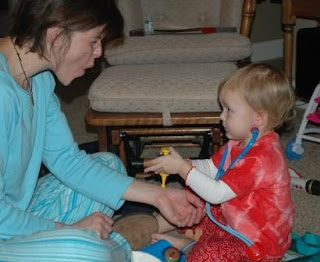 Save for the scurry of battery installation, there is nothing better than Christmas morning when you’re a kid or someone who has one. Time doesn’t matter. Work/school doesn’t matter. The upcoming bills certainly don’t matter. We personally have gone hours before realizing that we’ve eaten nothing but cookies all day and we just don’t care.
There are few things as blissful as that time by the light of the Christmas tree. It’s the reward for all of the planning and effort we put into office parties, waiting in line for Santa, and the fourteen paper cuts we got while wrapping when we were very tired late at night.
I wouldn’t trade those few hours we spend in our PJ’s tearing through packaging, cutting twisty ties, and playing the latest and greatest board game for anything.
Sadly enough, even the greatest mornings come to an end. Eventually there is a family gathering to attend or someone realizes that they need to consume real food and as fast as it all started, it’s over. Another year done in the blink of an eye, which suddenly notices the knick-knacks that need to be put away and the pine needles in every corner of the house.
And while my own eyes start to see the Christmas clean-up to be done, my heart truly hangs onto that magic bit of time when the world stops. My feet are covered in scraps of wrapping paper, my hands hold that cup of coffee I finally got around to, and somehow, in some way, my mouth waters a bit for a homemade potato chip.
Columns