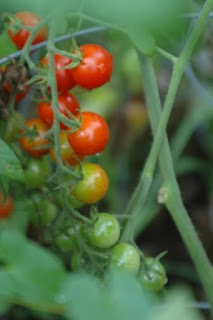 It’s late August, which means a few very standard things. For one, tomatoes are at an all-time abundance and there’s a good chance only three people are actually reading this column because the rest of them are toiling away over a giant pot of spaghetti sauce, wondering just why in the world they put in so many tomato plants. Secondly, parents of school-aged children everywhere are riding the roller coaster of emotion now that school is back in session. (Just how does it happen that the very people that nearly drove us to the edge disappear for a few days and already we’re moping around and missing them?) August also means that the stores start putting their Halloween stuff in the sale bins to make room for the ultra-early Christmas decorations.
But finally, late August means the end of summer.
I know what you’re thinking, that the season of summer officially ends somewhere around the third week of September, when the Earth does its fancy tilting thing and we have the vernal equinox. While that’s technically true, I have to think that the physics of space and time got it just a bit off because, for all intents and purposes, the end of summer occurs at the very second your child laces up the new shoes you’ve been saving, straps on the backpack, and we take that ceremonial back-to-school picture by the front door.
Bam. Welcome, fall.
For me, at least, I spent the last two weeks rushing around to make sure that my kids enjoyed their summer to the very fullest. Even in elementary school – yes, even kindergarten – school means that a carefree life of playtime is nearly non-existent. There are homework and afterschool activities to be shuttled to and from. We’ve got book reports and concerts and early bedtimes to contend with. My son said it all best when we asked if he wanted to play a sport. “But mom, then I won’t have any time to just play.”
Too true, the wisdom of a six year old.
Knowing that our school-year future was going to kick us where the sun don’t shine, we packed in as much fun as we could this summer before their youth as we know it melts away like a Push-Up in the midday sun. Someday, as awesome as I think I am, it won’t be cool to hang with mom anymore.
And now, as they are safely back in their desks with their freshly sharpened pencils and pristine notebooks and folders, I take out a sheet of paper and an old chewed up pencil of my own. No homework for me. Instead, it’s time to make out our own summer report card. 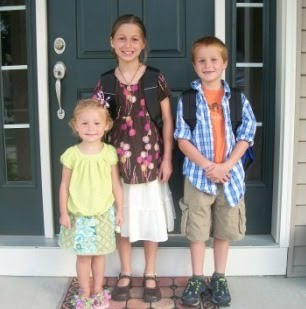 Did we set up the sprinkler more times than I can remember? And did set it up anyway even though I whined incessantly about dragging out the hose? Yep. Score: A
Did we go more than three days without bathing because surely a swim in a chlorinated pool killed all evil stink germs? And then some. Score: A
Did we go to bed smelling like a campfire as much as we could? Probably, but we’re campfire junkies and probably could have had more. Score: A-
Did we make at least one entire meal out of junk food bought at a concession stand? Indeed. Score: A
Did we have adventures that left us standing by the car, covered in mud and mosquito bites, and left me wondering why I didn’t pack towels or a change of clothes? Unfortunately yes. Score: A
Are my kids thoroughly bruised and cut from head to toe from climbing, running, falling, playing, sliding, and scratching? Two boxes of Band-Aids, baby. Score: A
Finally, did I fall asleep exhausted every night and count down the days until the kids went back to school, secretly knowing that I’d miss them the second the first bell rang? Absolutely. Score: A very tired and affectionate A+.
Columns

Bonnie Way aka the Koala Mom said…
I'll take some tomatoes too! I'm still waiting for the day we live in a place where we can have a garden. :) Sounds like you had a great summer.
August 28, 2010 at 1:19 PM