Sunshine on a dark winter night

- January 25, 2010
The rest of the world has moved on since Christmas. No so in my house.
So very long ago, at our Christmas Eve church service, my son actually paid attention. All of those Sundays when I thought he was just swinging his legs back and forth and staring up in the dusty rafters remain a mystery. But on Christmas Eve, he was listening.
I know he was listening because the priest’s homily was all about the season of Christmas. He spoke about many things, but he mentioned at some point that Christmas was not just a day, but an entire season. And by kid standards, seasons last forever.
Summer may fly by in the blink of a lightening bug, but winter, in the eyes of a child is longer than time itself.
And therefore, according to my son, Christmas lasts until at least March. I know this because he told me.
“We have to leave the tree up until at least March. That’s what I learned in church.”
So as long as we could, we left up our Christmas tree. I admit I enjoyed the soft glow of the lights as they twinkled through the dark nights. But I did not enjoy the sap that scented my sticky clothes every time I brushed past, nor did I find having needles poke into my feet, sometimes causing bleeding, one of my favorite things.
Eventually I figured the tree was becoming a bit of a fire hazard and one day while the kids were at school, I, in my solitude, put on shoes to protect my feet and donned some rubber gloves to avoid the sap and took down each and every ornament and light. It was the first step in losing the luster that decorated our home for so very, very long. And then later that night when my husband got home, we dragged the sorry and naked tree straight out the back door and I promptly vacuumed up the last of the nasty prickers. 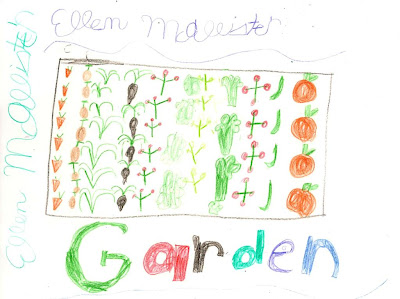 We stood, all of us, and looked at the hole in our family room. No one needed to say it.
In the deepest cold of the winter, when the snow doesn’t even crunch for being so frozen and there’s a big, empty, sad hole in the middle of your family room, there’s only one thing to do. I grabbed a pad of paper and the latest seed catalog and we sat down in that hole of our tree and planned our next year’s garden.
I don’t claim to have the greenest thumb. I’ve over and under plucked my tomatoes and watched my fair share of seeds rot into the over-watered dirt. But every year when nights outlast the days I can’t help but dream of homegrown tomatoes because, as one of my favorite songs states, the only other thing that money can’t buy is true love.
We drew pictures of carrots and beans, lettuce, sunflowers. Tomatoes, peppers, broccoli. We flipped through the catalog and discovered more varieties of vegetables than we could grow in our entire yard and drooled a little at the juicy sunkissed produce. *My son drew a laser force 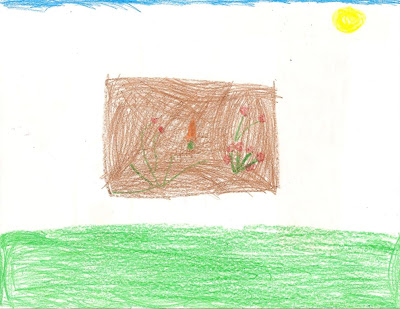 field that he would install should the rabbits have their way like they did last year.
“Not this year,” he said, getting a little fired up about the whole thing.
Suddenly, the evening didn’t seem so cold and dark. Suddenly there was a hint of warmth in the air and sunshine in the forecast and if I’m not mistaken, someone asked where their flipflops were and if they could have a popsicle.
It was as if the seasons had already begun to change, faster than the blink of a lightening bug, or even the flash of 300 tiny twinkling lights.
*Note: The son wants all to know that this is not the laser forcefield picture...
Columns

Unknown said…
Oh Karrie - that is so sweet of your son. And just so awesome that he actually listened. Love that.

And the garden drawings?? So amazing...

THIS is why I live in So Cal. I wouldn't survive the dark cold nights. I would be drawing gardens all day long...

BECKY said…
Karrie...so great, as usual, but this one really touched my heart. I love the way you combine humor and sentiment. Very heartwarming....on this cold, windy night, that "Ain't fit for man nor beast." Sorry, I couldn't help myself! :)
January 28, 2010 at 12:31 AM