- June 18, 2009
You know, like when Seinfeld made "yadda yadda yadda" famous in the early 90's, and then somehow that transformed into "blah blah blah" which snuck its way it everyone's daily vocabulary.
Now we're nearing the twenty-teens (?) and I find myself saying "blog blog blog" more than the old standby. And not so much as in the meaning of "yadda yadda yadda" but more about the fact that blogging, a term so absolutely foreign just a few years ago, is such a part of my life.
I get up. I think about blogging.
I lay in bed at night. I think about what I'll blog about tomorrow (should I actually get the chance to sit and write.)
I spend my day with camera in hand, hoping to snap a couple of decent shots to include my blog, although since losing a photo card in my good camera I'm forced to use the freebie we got from the credit card company last year and my pictures don't come out like those beautiful shots I see on other blogs. Mine come out more like this: 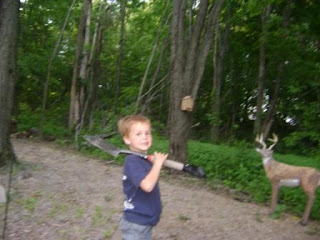 And then I stumble upon one of those mama blogs where every day they seem like they dress their children in handmade clothes made of vintage pillow cases with beautiful patterns and then they peacefully go out in the garden and pick fresh peas to eat for lunch, then the kids-- without complaining-- shell all of the peas and then-- without complaining-- eat them for lunch. After that, they snuggle up with a non-Spongebob book and nap under a down comforter, only to wake up and craft something that would put Martha Stewart to shame.

I love to make things, but I'm not all that great at it. I have a real passion for things homemade, which is good because the things I usually make are pretty mediocre. But still, these blogs are beautiful and I pull out the little camera. Occasionally I can whip out something as cool as this: 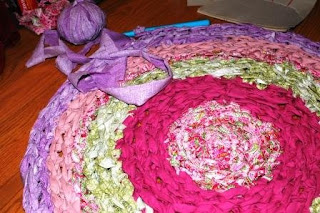 But more than likely I will a)never make anything like this again, b)not be able to blog about it without saying things like "you take the little hook thingy and stick it through some hole, not sure which one, and..." And besides, most of the stuff I end up making turns out more like this: 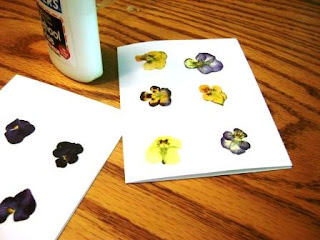 And really, who wants to see that?
Then there's the occasional inspiration, just waiting for a photo to be taken and the blog should write itself, although I find myself uploading it and wondering, "just what can I say about this? And who would want to read it? And really, why was I so excited to photograph a dead mole in the backyard, let alone run out to check if it was eaten by a nighttime critter every morning?" 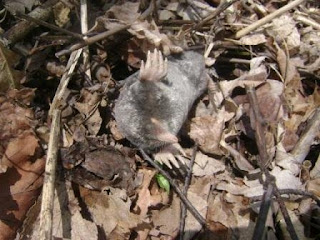 But still, I try. If anything, blogging needs to be about the blogger, regardless of her crafting prowess, her photography skills, or whether she finds excitment in dead varmints. For this mama, it's all of the above, and anything I can accomplish with a kid on my lap and one off each arm (current situation), while the garden overgrows and the sewing machine collects dust, is good enough for me.
Yadda, yadda, yadda, blah, blah, blah, blog, blog, blog.
Mama rants

Samantha Gianulis said…
when you say you're not good at making stuff i feel the need to say stop being so damn modest!
June 18, 2009 at 4:17 PM